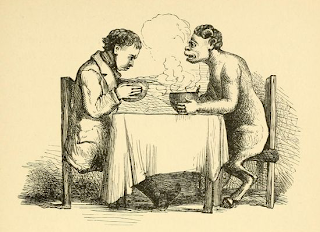 This post is inspired by the plethora of responses I get when I post some of the pictures I find on my FB page.  “Where DO you find these?” or “Can I get a link?”.  So I want to post this here so every time someone really, realllly wants to know I can send him or her a link to this blog post and then THEY will be the sorry ones! 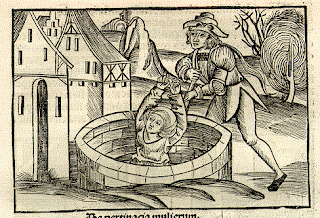 The images I post tend to fall into these broad categories:
Emblemata, Illuminated manuscripts, illustrations of fables (Aesop, Fontaine or otherwise), and images from alchemical texts.  Old illustrations liberated from their text have a tendency to suddenly become evocative and fabulous, I love them dearly.  Text is so problematic, no?  Just get rid of it!  That's why they invented Photoshop. 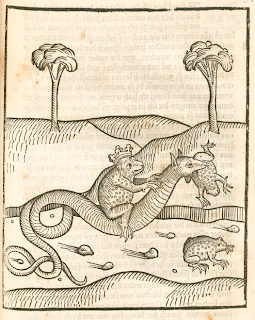 I don’t typically find things by doing a google search for a certain topic.  I come upon them in the course of surfing the ‘net. There are a number of sites I check every single day which reliably post interesting images.  So they are a source.  But then I am apt to follow one link to another until I am so hopelessly lost that tracing any breadcrumb trail is impossible.  Its surfing the net, after all, not spelunking the net or doing archeological digs of the net.  I am skimming across the surface covering tons of ground and paying very little attention (if any) to sources, credit or any information about the images, which might somehow identify or explain them.  See this post for why. 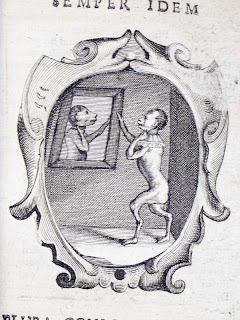 For those with an urgent need to know more about the images, Google now offers a reverse image search.  It’s very easy.  Drag the image you’re wondering about to your desktop and from there, drag it back into the inquiry box of Google images.  It will prompt you to “drop image here”.  This is not only informative, but it can also lead to discoveries since it will find visually similar images as well. 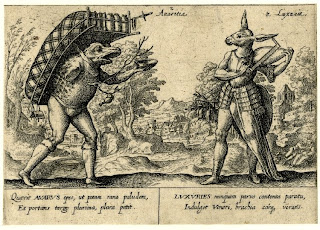 Finally, I will say, I love these images.  I started out with a sort of casual wish to make the point that weird art work has been around for as long as there have been humans.  I think its hard to be truly weird.  Most images that set out to be “Weird” are contrived and silly: therefore they are automatically, ironically, not in the category of weird at all.  To be strange, there has to be enough of the typical to persuade us to drop our guards.  Then, BAM! 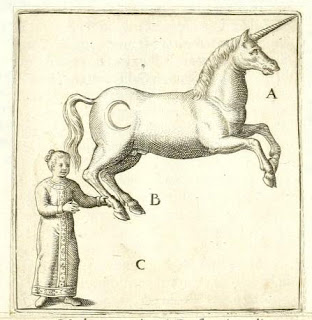 Hey--if you can't get enough of this type of thing, please check out my tumblr!

Below is a list of blogs I like.
(If you do not subscribe to Tumblr and weird images are your thing, well go and get an account.  It supplies you with a feed...a yummy, yummy feed, indeed.)

Posted by Judith Schaechter at 4:18 AM 2 comments: 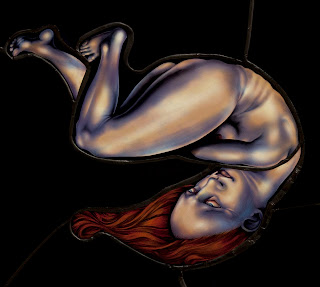 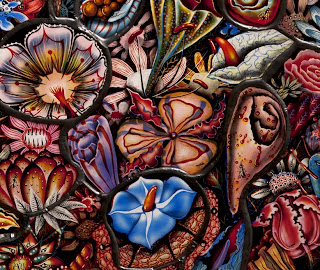 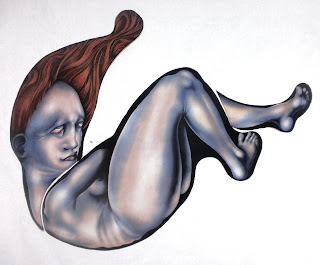 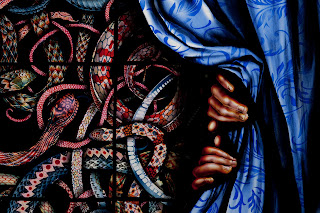 Ladies and gentlemen: here is the Garden of Eden, completed.
Click on it so you can actually maybe see it, if you please! 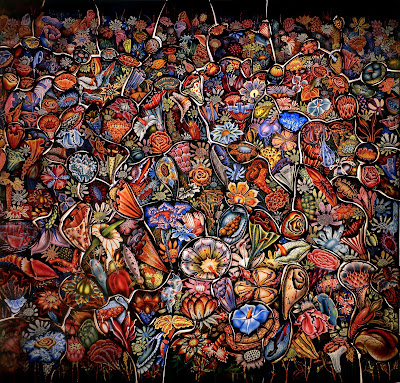 It is the bottom half of a piece I will be titling “The Birth of Eve”…all those plans, of course are subject to change. 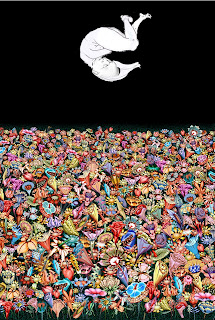 I posted process shots here and on facebook and... oh look!  Here they are again: 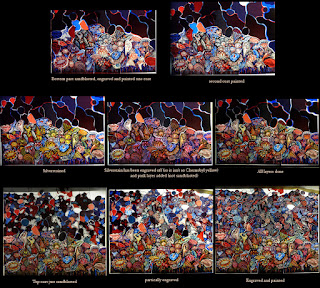 The process is as follows:
1. Sandblast glass  to get some areas clear (on  the red layer sandblast to clear where anything will be blue, green, yellow, pink or clear . Sandblast the blue to clear where anything will be red, orange, yellow, pink or clear.  Sandblast the pink to clear wherever you want things to be blue, green or clear or yellow.  Is that confusing?  No worries!  You don’t really have to conceptualize this that much—just sandblast!!!! )
2. Use permanent maker to delineate design
3. Engrave flowers on both layers
4. Paint, then fire the paint
5.  Engrave a bit more
6.  Paint again and fire
7.   Last paint and fire (if it needs it)
8.  Silverstain and fire
9.  Engrave the silverstain
10.  Firepolish

Also for your perusal are images of the layers separated. 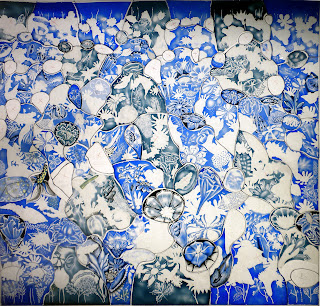 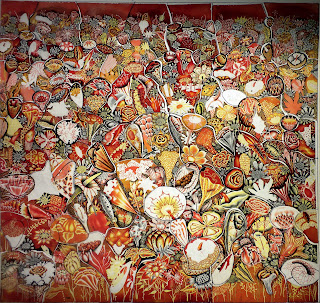 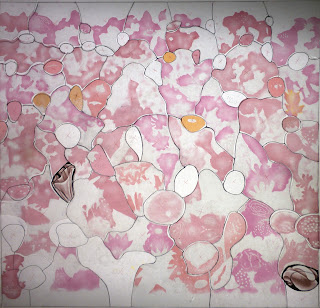 These lead lines are fake so you can read the image easier. 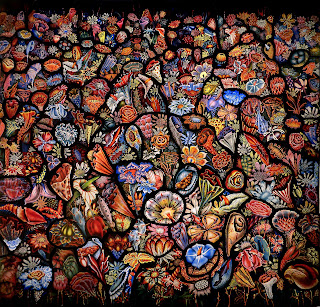 Now  that the how-to is evident, go off and make one of these suckers.  I dare you!
Posted by Judith Schaechter at 6:01 AM 15 comments: