Hey peoples!
I decided to solder what's ready this past week. Why do this before the entire window is done? Because thinking about it was making me squirrely. Because my studio is small and I was starting to have storage management issues. Because it was there.

How do I solder? Let me give you a tip. Use a BIG TIP! Like a Hexacon 250 watt flamethrowing baseball bat. AKA: "The Pursuader". And NO, it is not too expensive. Nothing else will do. Seriously.

I work using copperfoil technique--or "Tiffany". For all you in the industry, I am not going to get into some argument defending the pros and cons of this. For all you people not in the industry let me tell you this technique is the cause of much "controversy" as it is less than a thousand years old and thus, and as a newbie, has yet to prove its value technically and artistically. Such is the curse of being invented post 1000 AD . (that link is to the oldest stained glass fragments known, fyi) ........SIGH........I will also say, my windows, being intensively layered, could not be achieved any other way. 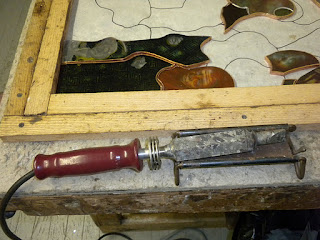 OK--so I put down the cartoon. Then I lay down the glass. Yes. 2nd grade Jigsaw puzzle skill are helpful. 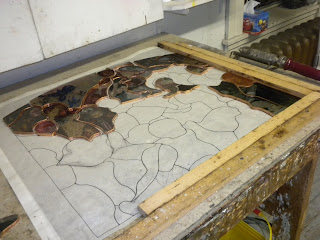 The laying down of the glass 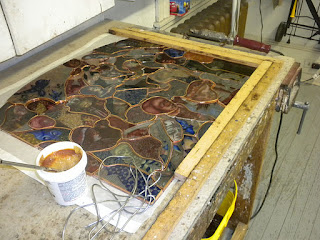 Then I tack solder the joints so the pieces stay put. 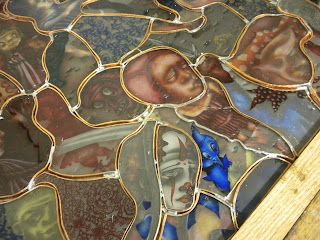 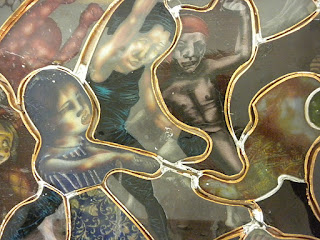 The smallest piece of glass in the entire monster window it the rope between the two tug-a-war girls. 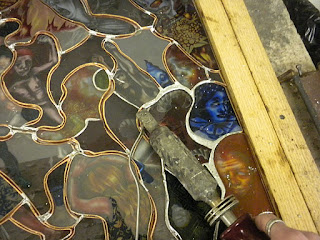 Then I go in and fill in the lines. Kinda hard to write about soldering techniques!!! The point is to get a super smooooooooth line. One that has some integrity and some oomph to it. It should be rounded, but not chunky. Its ALL about temperature...all about controlling those degrees of hot and cold. 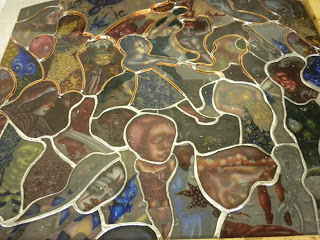 Side one halfway done 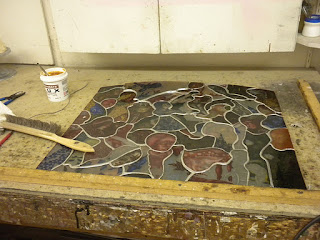 Side one done.
When the front is done, I clean it up a bit as it is a slimy, greeeeeeasy mess from the flux and covered with blobs of stray solder. It is not a good idea to handle it filthy, just to have it slide out of your grip! 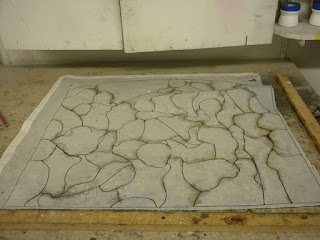 This is what the cartoon looks like with flux gunk on it. I toss this in the trash.

Then I do the other side--which is much easier as it is usually still warm and also the gaps are filled. 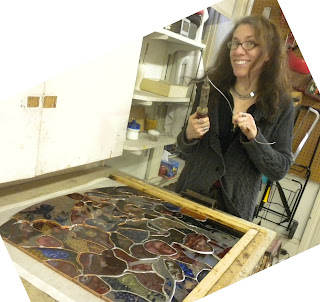 ME! As photographed by Ms Fidget! with whom I had the honor of lunch the other day. Where did we eat? WHERE ELSE???
Posted by Judith Schaechter at 3:08 PM 7 comments:

close to done with this section! 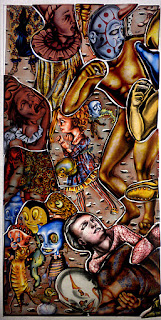 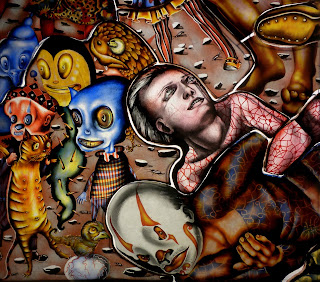 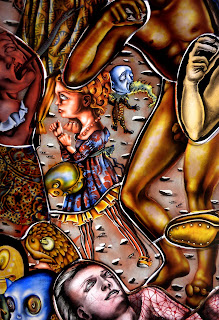 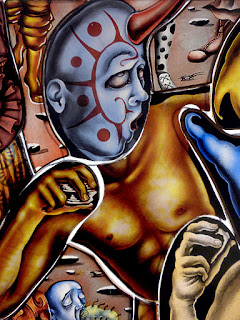 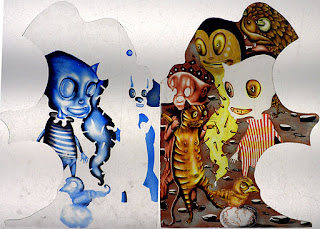 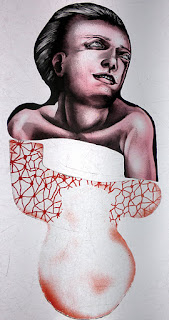 After the second paint firing 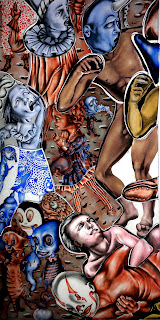 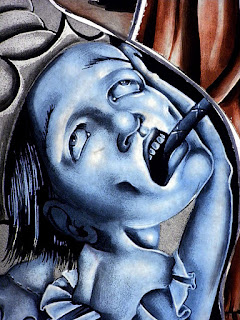 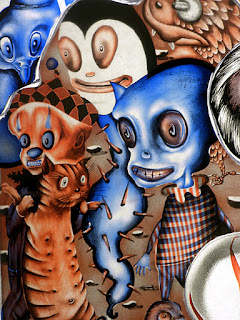 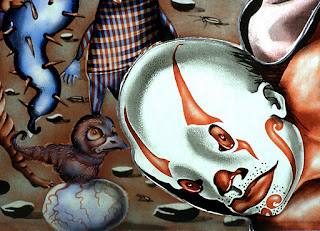 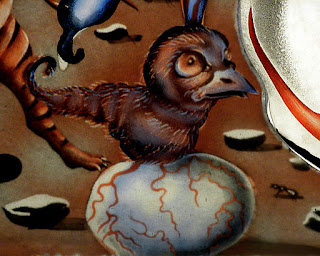 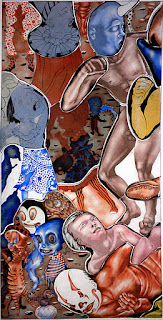 Here's how the lower right hand panel is looking, so far. At the stage depicted above, the glass has been painted with one firing of black paint and I am in the process of engraving and filing the highlights. 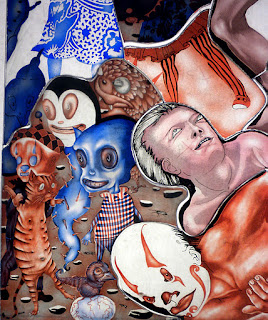 A few days ago, I had only cut and sandblasted the glass. I then marked it with a sharpie to indicate some lines to paint on to begin the painting process and to make it simpler to know where to put the highlights. 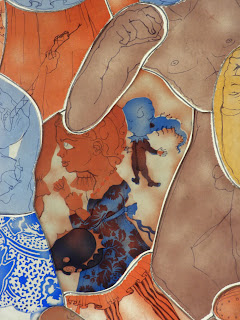 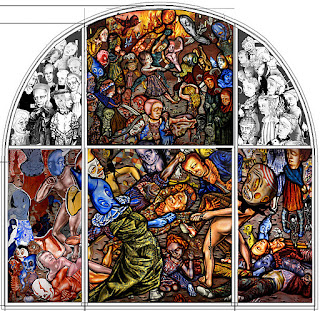 and here's the mock up!
Posted by Judith Schaechter at 8:22 AM No comments: