I had this idea last August to make a pile of people like I had made a pile of snakes. So I generated a quickie "collage" in photoshop using old figure drawings and let it sit there until about two weeks ago.


Two weeks ago I finished my large piece and thought I would take a look at some of my ideas which sit in waiting on my hard drive in a mislabeled file called "Current".  I had an urgent need to work on this idea--even though lately I have been less figurative. You know what I think?  I think that when an artist has an "urgent need" to make something, they should listen to that voice.

The original painting "Raft of the Medusa" by Theodore Gericault, depicts the survivors of the wreck of the ship Meduse.  Read about it here!  It's a painting I have adored for a long time and I do not wish for anyone to compare my piece to that one as I am not capable (nor all that interested, to be honest) of that type of painting.  BUT, I did think I could contribute to the genre somehow.  (Of which genre do I speak?  Why the "shipwrecked on a life raft as a metaphor for life" genre.  That one.)

Then I input that drawing into Photoshop by scanning it which was a P.I.T.A. because my scanner is 12" x 14" or something.  So I had to seam the thing together, but no matter--its not that hard.
And yes, Virginia, this will be a stained glass window someday, or that's the plan. I am thinking a black and white grissaile, assembled with lead, my favorite metal.  However, I tweaked it an that might end up looking something more like this:

Apropos of burning urges, I wanted to do it in color too.  That entails separating each figure into a single Pshop document and "painting" it--in Pshop.
Which looked like this (once they were compiled):

But that's not all! I should mention that when I first drew it, lightning struck and I had the sudden desire (and yes, this too felt urgent) to make it an endlessly repeating block.  This is not something that one can have a digital platform just do for you with the click of a button (or if there is an app for this, I don't know about it!) So, first I needed to make more figures:

A note on the figures.  Yes indeed, if you are some sort of compulsive follower of my work you will recognize almost all of these characters from older stained glass pieces.  It amuses me to pretend they are real people who left my pieces, continued with their lives and perhaps at some point planned a reunion on a cruise ship where they could reminisce and relive the trauma of my having exploited their non-existent lives in one of my "Perils of Pauline"-style artworks.  Only to all get shipwrecked together and to re-appear in another window.  Cue evil laughter on my part: MUUHAHAHA!.  There's "Child Bride", "Persephone", "Sin Eater", "Andromeda" (who is now a POC) and some of the characters from "The Battle of Carnival and Lent".

As for the subject matter and why it might resonate for me at this moment?  I will let you decide if it does and how and why it does that.  Suffice it to say, I was pretty concerned with any attempt by ME to represent "HUMANITY"....but, I decided to try anyway. Its one of the more presumptuous parts of the artist's job description.  Plus, there's this irony about figurative art that ensures that it will always upset, offend, outrage people (which I think explains a lot about iconoclasm, a topic I would like to take a deep dive into at some point). Why is this?  Because figurative artists only have two choices and they both kind of suck.  Represent one's own self or represent The Other (any and everyone else who is not them).  I have always tried to dodge this catch-22 with what is a semi-viable third option: imaginary people!  But this piece is supposed to be human-kind.  So I had to depict people other than my own proxies.  I will sum this topic up by pointing out that humanity seems currently to be a writhing mass of fear, despair, confusion, rage and discontent.  As an artist, I hope, actually to present a venue for contemplation which is safe, "nice" to look at (or perhaps better stated that I deliberately provide aesthetic incentives for looking) and maybe a little humorous.  Not that there's ANYTHING funny about what we are contending with right now--because there  really isn't.  But art hides behind its fourth wall and the artifice is one of its best strategies to sneak into your consciousness and give people a platform to make actual change.  And aesthetics, including beauty and humor encourage active and sustained engagement with a subject that can be otherwise unbearable.

So, back to the technical hoohah: making it repeat sounds simple but its not--it took days on end actually.  So finally,  here it is: the perfect wall paper for your powder room or home abattoir.

Posted by Judith Schaechter at 6:51 AM 9 comments: 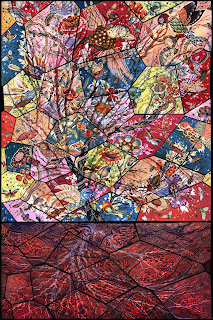 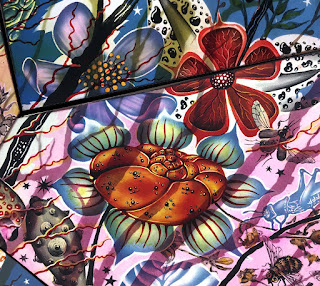 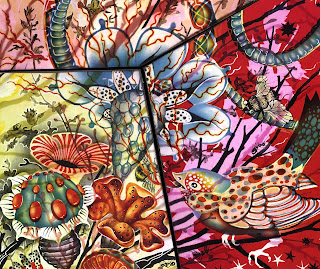 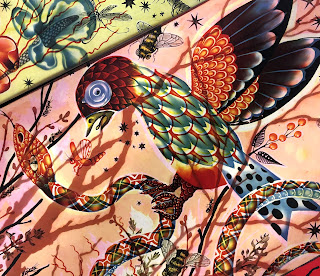 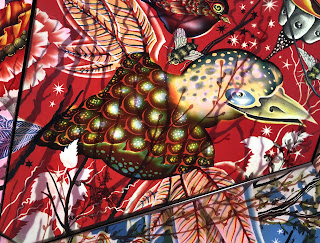 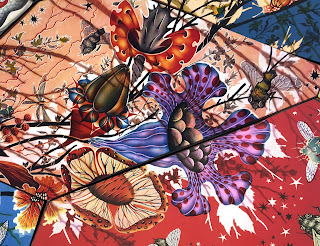 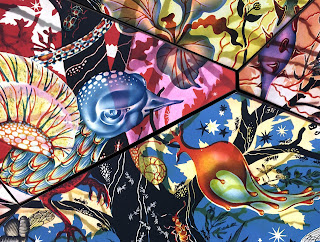 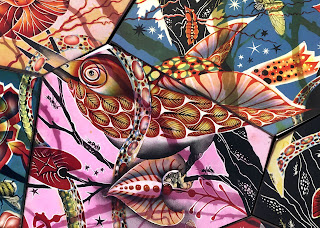 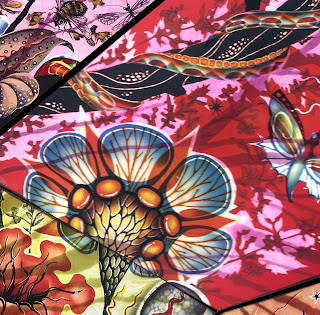 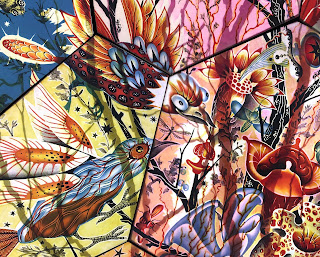 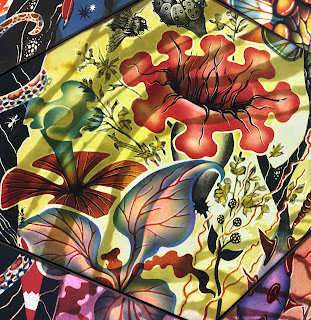 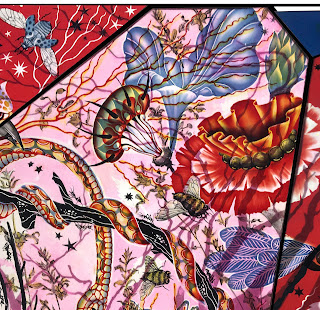 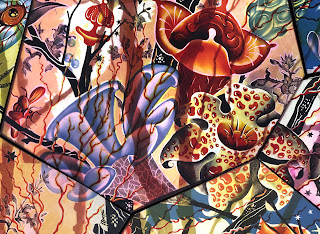 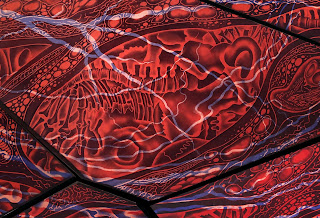 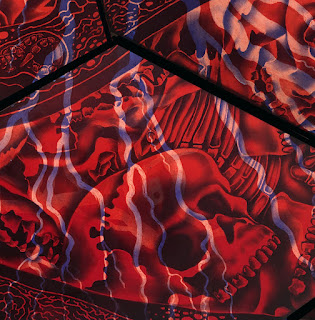 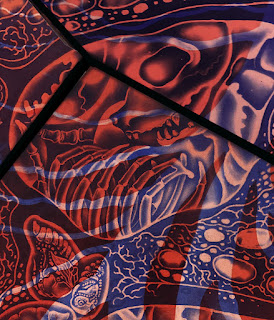