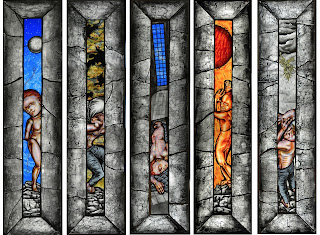 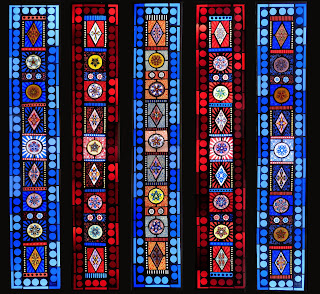 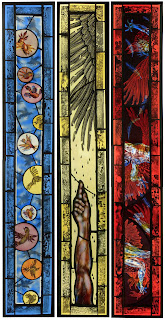 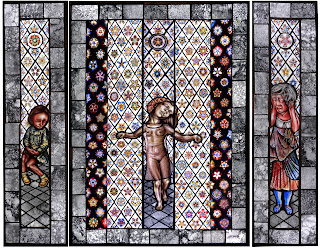 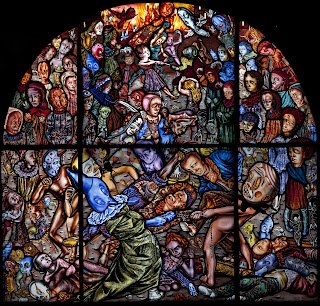 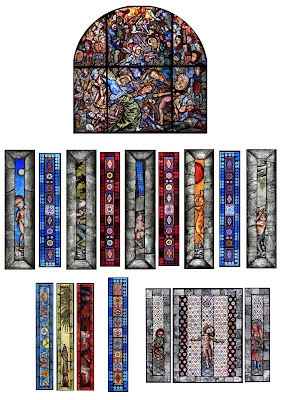 Posted by Judith Schaechter at 7:25 AM

Fantastic! I love the transformation. Can you just imagine the church these would live in? I wish I could have made it to Philadelphia to see them in the prison, but maybe one day I can see them altogether in their second life...